Homerton’s stunning new catering facility is scheduled to open next month. In the coming weeks we will look at what inspired the design by Feilden Fowles and find out how it will enhance College life for staff, students, Fellows and guests.

Following extensive discussions in 2015, it was agreed that a new Dining Hall would allow the College to not only upgrade its catering facilities but also repurpose the much-loved Great Hall as a student-focused space at the very heart of the College.

The last notable change to catering was in 1996 when the previous facilities, known to Homertonians as the ‘black and white buildings’, were moved to the Great Hall. The team behind the new project initially considered modernising the current kitchens, the Servery and back of house on their existing site. However, it became clear it would be a difficult project, partly because of the complexity of the Victorian infrastructure. Restrictions on space and the age of the foundations meant that even if the College spent a considerable amount of money, many of the issues would not be resolved and there would still be a shortage of space.

Catering for a 21st century College

The Homerton Catering Team supplies high-quality, nutritious meals for College members every day. They also cater for numerous events, including our weekly Formal Halls. Although they do this to a consistently high standard, there are many operational challenges to navigate. The Servery is not a modern facility; the kitchens are small and lacking in storage; noise can emanate to nearby accommodation; the balcony cannot be used, and the location of the Hall itself does not benefit the College.

There is nonetheless an immense affection for the Great Hall at Homerton. It has been home to many special College occasions and provides an architecturally breath-taking backdrop for students, Fellows and staff to meet daily for lunch and dinner. Any plans for change needed to reflect this and not only address the operational issues, but also provide a similar level of spectacle and excitement, while being sympathetic to the architectural tradition of the College.

Professor Geoff Ward, Homerton Principal at the time, told prospective architects that “our new Hall will be the most important building to grace the campus since the College purchased the original buildings in the late 19th century. It needs to respect, match and indeed exceed the Great Hall for presence and atmosphere. It must not only win us over aesthetically but together with the ancillary areas, must reach the highest functionality and efficiency.”

The brief challenged architects to create a dining hall that reflected Homerton’s values of inclusiveness and friendliness. The College wanted catering facilities that were bright and airy during the day and were able to bring a sense of drama to celebratory events in the evening.

It needed to be aesthetically and functionally sympathetic to other buildings on campus and create a sense of expectation and arrival – whether internally from the College or externally from the surrounding area. An exemplar of modern sustainable design, it should reflect the College’s status and ambition as a diverse, forward-thinking and progressive college.

Six architectural practices submitted concepts for consultation and interview. The submissions were all quite different in approach, but the favoured proposal was from Feilden Fowles, an architectural practice based in Southwark. Founders Fergus Feilden and Edmund Fowles, both Cambridge graduates, have delivered a range of buildings across the UK, producing architecture that is rich in character and distinct in identity.

Their final design celebrates the integrity and inherent beauty of materials and craftsmanship, featuring decorative elements that are a product of the natural beauty of hand craftsmanship, embracing new methods of construction and engineering technologies of today; designing an Arts and Crafts building for the 21st Century.

Learn more about the Arts and Crafts influence at Homerton

Pictured: Feilden Fowles proposed plans for the exterior and interior of the new Dining Hall 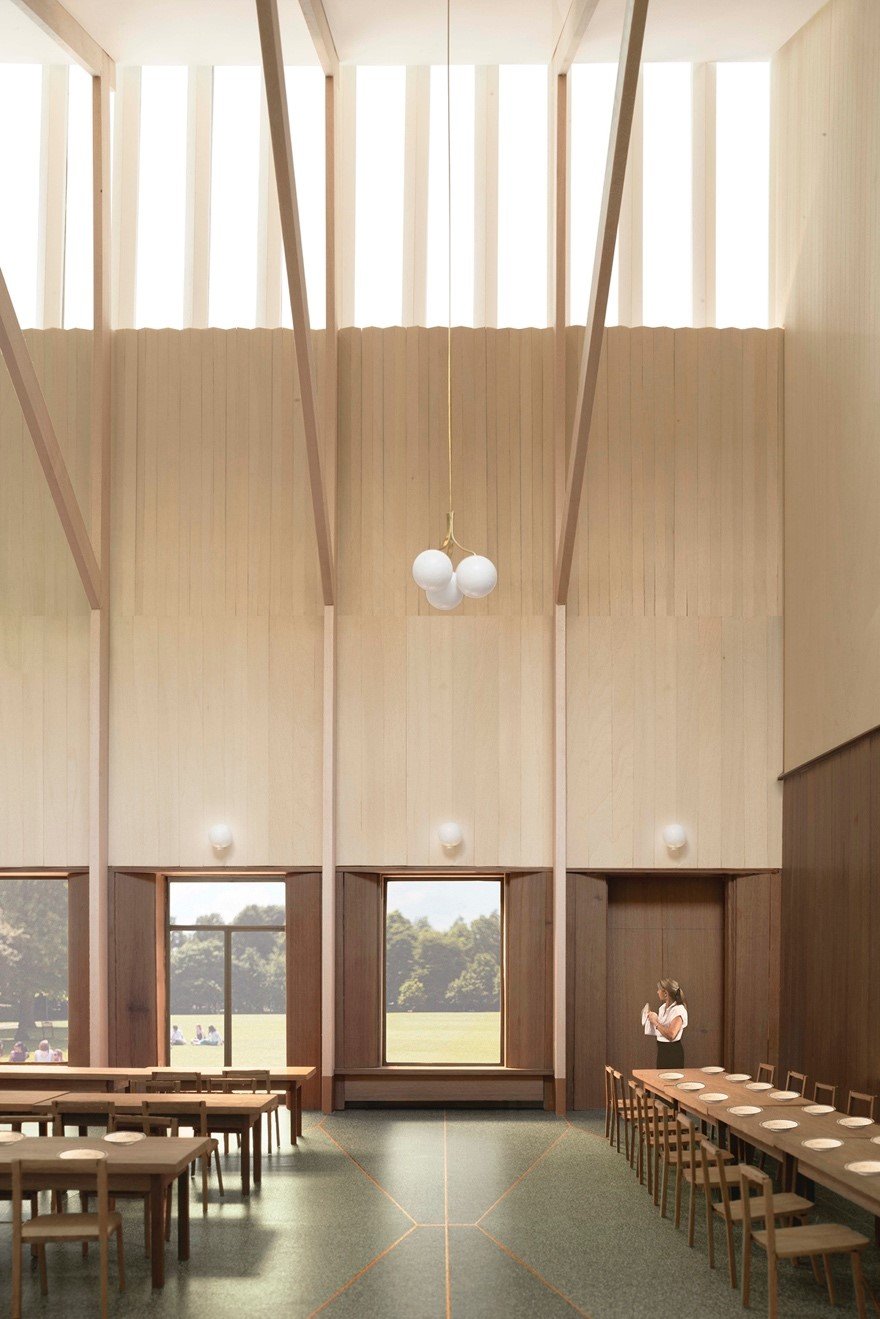 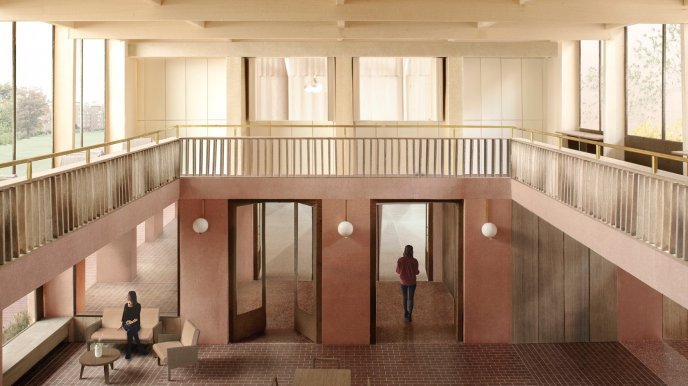 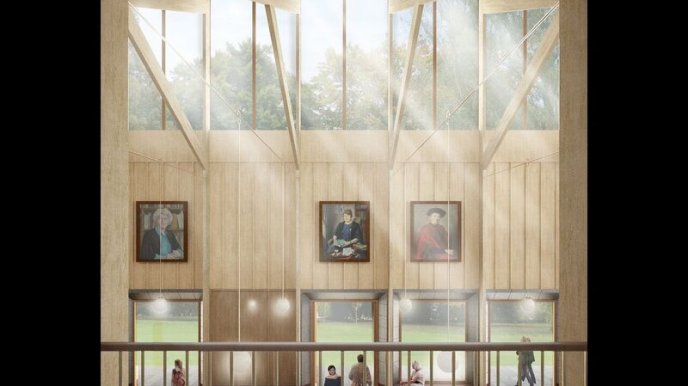 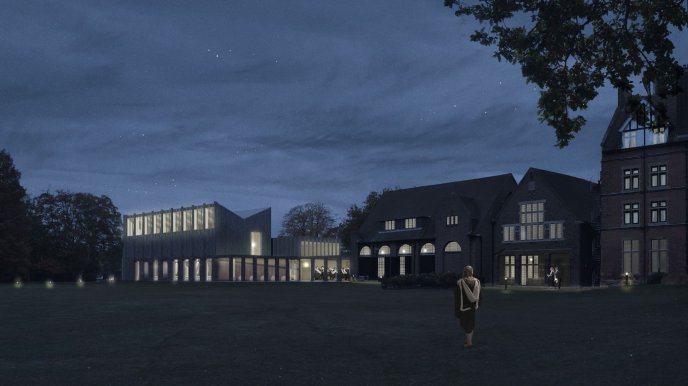