There are several pieces of art on display in Homerton, some are owned by the College and some are on loan.

‘A Florentine Procession’ is hung on display on the east wall of the Great Hall. The painting shows the ‘Collection of Diverse Objects for the Burning of the Vanities’, in medieval Florence. Under the influence of the notorious priest Savonarola, the citizens were urged to rid themselves of worldly fripperies and vanities, and consign them to the flames.

It was purchased in 1902 by, then Principal, Horobin as a ‘good example of a woman’s work’ to educate the students, recently all-female, and in the new location in Cambridge.. It was the largest painting by a woman available to be purchased at the time.

The painting has twice been restored following water damage – one a major restoration in the 1990s, and the second following a major storm in August 2016. Now returned, the painting continues to serve as a key feature of the Great Hall, and one of the most memorable artworks in College. Students now enjoy the painting whilst in the Great Hall, eating dinner or lunch and the painting serves to represent how Homerton has always been a forward, innovative, and progressive college.

For Homerton’s 250th anniversary as an educational institution, the College welcomed a fibre glass cast of ‘Locking Piece’ by Henry Moore that is on loan from the Henry Moore Foundation. The sculpture is displayed in the middle of the lawn adjacent to West House and the Mary Allen building.

The original 'Locking Piece' was made with bronze, however Moore needed to work with something lighter so that 'Locking Piece' could be transported to an exhibition in Florence in 1972. Therefore, Moore cast the piece using fibre glass, which was not really a conventional material to choose. In the words of Sebastiano Barassi, who unveiled 'Locking Piece' at Homerton's 250 Anniversary as a representative from the Henry Moore Foundation, this is emblematic of Moore's innovative style and research, which are values Homerton holds too as a newer College of the Collegiate University. 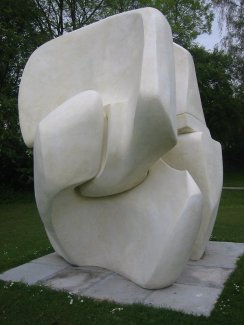 On one of the outer walls of the Mary Allen Building is an aluminium sculpture by Geoffrey Clarke, donated by Roger Pilkington to the College in 1961.

The sculpture used to be displayed on the Black and White buildings in Homerton before they were demolished, but then was moved to the Mary Allen Building in 1997 when it was completed and where it also stands today.

"Clarke has been described as ‘artist, spiritual thinker, engineer’, but though his skill as a worker in metal is manifest, his spiritual thinking is difficult to discover; the work seems to be symbolic, but its meaning is personal and opaque to the viewer. We therefore need to accept it as not necessarily having reference beyond itself, but as an abstract statement of shape. We bring to it our own perceptions of a harmonious construct of vertical channels penetrated by horizontal shafts".

John Ball, writing in Homerton: The Evolution of a Cambridge College (2010)

José María Martínez Castillo, pseudonym Coqué Martínez, was one of 3800 children evacuated out of Bilbao, Spain by Dame Leah Manning in 1937. Leah Manning (née Elizabeth Leah Perrett) came to Homerton in 1909 to train as a teacher, and spent much of her career campaigning for people’s rights. During the Spanish Civil War, Manning worked as a nurse on the front line in Guernica, and in 1937 supervised the evacuation of over 3000 children and 200 adults from the Basque region, one of whom was Martínez.

Coqué Martínez’ talent for drawing and painting was visible even before his evacuation aged 11, and he was able to follow his passion at Croydon College, England. From here he was able to start his career as a painter, sculptor and poet. Many exhibitions of his work have been held throughout his life, and his paintings feature amongst the most distinguished private collections in the world.

In 2011, Homerton received ten of Martínez's paintings, including a self-portrait, now in the Macaulay room; Desert Idyll, in the Leah Manning Meeting Room; and a collection of three paintings entitled Jungle Symposium which now features as a striking addition to the corridor leading to the Drawing Room. The collection was accepted by the College as a permanent memorial to the Basque children of 1937 and in thanks for the work of Dame Leah Manning. 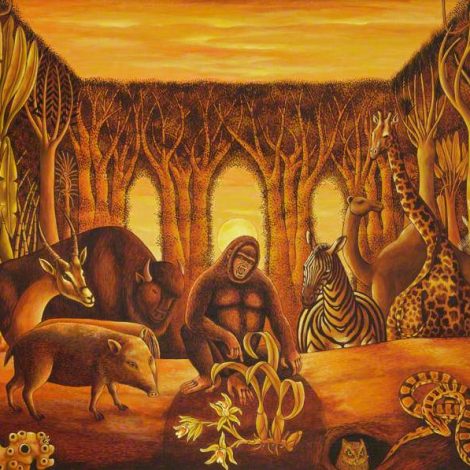 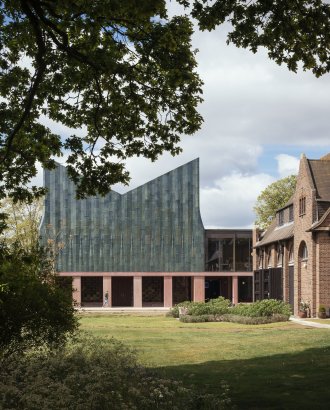 5 min read
Homerton Dining Hall - an interview with the architects 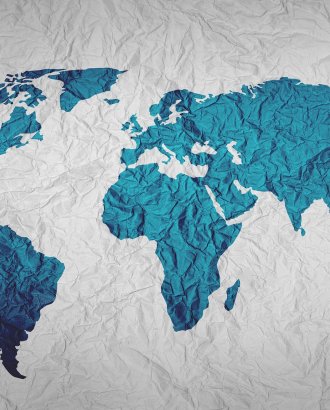 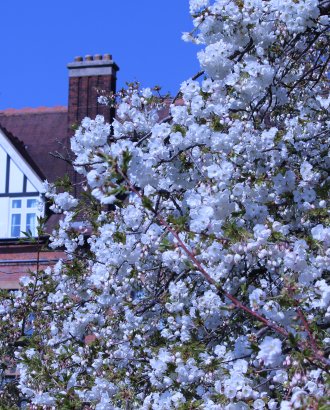 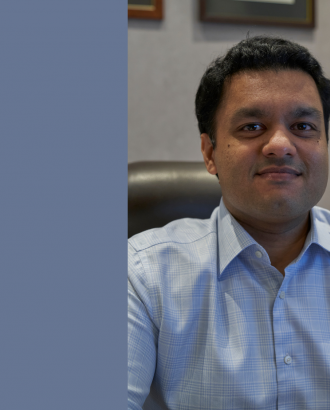